Are you looking for the perfect vanities for your bathrooms? We found this article by Elizabeth Richards from For Residential Pros.com to be very helpful. If you have any questions call our design team at R.J. Tilley. Our design staff is here to help.

Moving beyond functional workspace, bathroom vanities offer designers an opportunity to personalize the bathroom with myriad options in style, size and finish. Design trends vary widely, from closed-storage, furniture-style pieces to open, wall-mounted vanities, with something for everyone.

But while trends are all over the board, varying by region, design style, purpose of the bath and consumer lifestyles, vanities should enhance the room, exuding elegance and a relaxing feel, along with offering useful storage that simplifies and streamlines the morning grooming routine. That’s according to manufacturers recently surveyed by Kitchen & Bath Design News.

“It doesn’t matter whether it’s an apartment-sized bathroom or a master suite in a home, the bathroom has become the place to relax and unwind and is no longer just a functional space,” maintains Cindy Draper, marketing manager for Canyon Creek Cabinet Company in Monroe, WA. “Homeowners want their master bath to have a spa-like feel and a sense of elegance. This is the one room where people are willing to take a chance and do something different.” 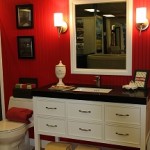 A shift toward a younger consumer is affecting product design and development of vanities, says Steve Wilcox, new product development director for Sagehill Designs/SunnyWood located in Cerritos, CA. “Consumers in their 30s and 40s are being given more attention than those in their 50s and 60s. This shift appears to be affecting product design for the bath environment in a number of ways. The individual designs seem to have a more soft contemporary style and the designs are more eclectic in detail and material selection,” he says.

Naomi Neilson Howard, CEO/founder of Native Trails in San Luis Obispo, CA, adds, “We are seeing an increased appreciation for natural materials in bathroom vanities. From bamboo to distressed wood finishes, natural and sustainable materials are very popular.” This year, Native Trails introduced the Americana Collection, adding new pieces to coordinate with its popular distressed-looking reclaimed wood vanities, she says. “The new Driftwood finish provides a natural, grey-toned coloration that many people are looking for, and we’ve introduced cabinets, cubbies and shelving for both open and closed storage,” she adds. 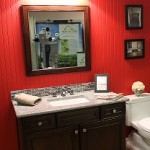 Transitional styles are on the rise, say manufacturers, which opens up more options in the lines and designs. While many say there is a trend toward straight clean lines, others are expanding their collections to include softer curved lines that are increasing in demand.

Lin feels that straight lines are more popular than curved design. The curved designs may be available for powder room applications, but not in the master bath, he says. Cary Hergenrother, regional sales manager at Newark, CA-based Ronbow, concurs: “I would say cleaner, straighter lines are the trend now, especially in transitional and contemporary design.”

Wilcox adds, “When you look at the product development spectrum as a whole, it appears that the more reserved and clean lines of casual contemporary and casual traditional are starting to wane and more drama is being added to the designs in terms of scale, ornament and finish details. The traditional styles are becoming more daring and dramatic, while the contemporary designs are becoming more sophisticated in terms of unique combinations of materials and finishes.”

Hal Weinstein, president/founder of Xylem Group LLC in Roswell, GA, says the contemporary and Euro contemporary looks are growing in many markets, influencing national trends. Transitional designs are still the largest selling looks, he adds, because of their ability to match up with most design themes. Within this transitional look, he says, curves are in. Xylem has expanded one of its best-selling consoles, the Camino, to include options with curved lines, a new finish and doors for closed storage. “In the transitional realm, if you do put some curves on it, you’ve differentiated the piece to some degree in the marketplace,” he says.

Hergenrother also believes the market is moving away from traditional to transitional and contemporary, offering more colors and options, such as LED lighted drawers, drawer organizers and electrical outlets in the vanities and medicine cabinets to help clear the counter of clutter. 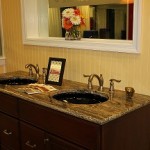 Finish choices vary widely depending on the style of cabinetry, according to Wilcox, but he cites a few general trends, including neutrals, warm clear browns, merlots and espresso colors and shades of honey and tobacco. “Specifically, we are seeing strong trends with rustic finishes in blond tones and with gray paint finishes,” he says.

Lin states, “reclaimed wood or a grayish finish is getting more popular than an espresso finish, which [has] been in the market for too long.”

Style and region help determine what finishes are being chosen, say manufacturers. In some markets, black and very dark finishes are still top sellers, according to Weinstein, while in others, there’s a move toward medium woods such as oak and cherry with lighter stains. “Sometimes we like to buck the trend and be the trendsetter ourselves,” he says, “so we’re going with the medium woods as an addition to the blacks that we’re offering.”

Hergenrother adds that, in contemporary design, colors like high-gloss white, taupe and light and darker greys are hot. On the traditional side, he says, rustic light and dark colors are taking the lead, similar to an old dresser that has the appearance of a weathered barn or railroad tie.

A desire to break out of the same old thing can impact finish choice as well. Draper is seeing an increase in a white or neutral color scheme in the bathroom with darker accents of cabinetry, combined with the use of stylish, creative materials for contrast. “Because people are tired of being told that you have to be careful, they feel more comfortable taking risks in their bathroom designs, and are more open to combining dark finishes with neutral colors,” she says. 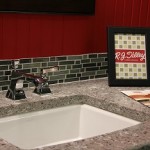 While there is still a large market for furniture-style vanities that go to the floor, there is also an increasing market for “floating vanities,” according to manufacturers.

Neilson Howard says, “Storage is still highly coveted, and vanities that resemble dressers are a great way to include plenty of drawer storage. At the same time, the minimalist look of floating bath vanities is very popular, as it allows for clean lines and a more contemporary look.”

Hergenrother has also seen a move toward the floating styles. “Wall-mounted vanities are also very popular for a clean European-style look,” he says.

A wall-mounted vanity can create the illusion of more space in a tight bathroom. Draper notes, “We’re seeing designs with floating vanities that really open up the space.”

Weinstein adds that, in the past, wall-mounted vanities were hard to find in North America. “Contemporary meant that it had straight legs and looked like a console and went to the floor,” he says. With the influence of Hispanic and Canadian markets, which have adopted a Euro look, he says the wall mount is becoming a growing trend. Xylem will respond by introducing wall-mount choices in addition to its floor-standing models. 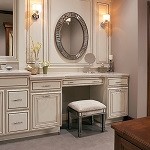 In limited space, there’s an age old issue – where do you store things? This impacts the type of vanity chosen, particularly in the master bath. Personal taste, the style of the room and the overall design all impact whether storage will be designed to conceal items or place them on full display. It’s important to offer plenty of choices in both open and closed storage, say manufacturers.

Neilson Howard says there is a current design trend toward open storage. “The ability to showcase heirloom treasures and beautiful linens makes open shelving desirable. However, many homeowners don’t want their storage out in the open, so it is important to have a variety of options, and to carefully balance design aesthetics with the homeowner’s lifestyle and personal preference.”

“When it doesn’t have the concealed storage, it’s going to look a little more contemporary,” Weinstein says. “There has always been the desire in residential vanities to have concealed storage because you don’t have to keep everything as neat and tidy.”

“If you’re in your powder room, storage tends to be more open,” says Draper. “The master suite tends to be a combination, and often includes storage options that have traditionally been used in the kitchen – for example, a pull-out spice rack in the bathroom designed to store items such as hair dryers and curling irons, and keep them hidden when not in use.” She adds that, as space gets tighter, designers have to be more creative in storage options. 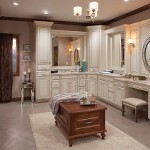 The space a designer has to work with helps determine the size of the vanity. Master bath vanities, unsurprisingly, tend to be larger than those in powder rooms or guest baths. Some manufacturers are seeing a trend toward smaller vanities, but many say that the size of the room is a large factor.

“People are definitely going to want to put in as much furniture as they can,” says Weinstein, “dependent on the amount of space they have to work with.” The master bath, he says, will have vanities with bridges, and many sizes within a range to build what you need to fill the space.

The master bath is where larger vanities – 60″ to 84″ double-basin applications – are still prevalent, agrees Hergenrother. “This gives the spouses their own individual basin and storage with lots of counter space,” he says. In contrast, he notes that powder room vanities are often 24″ to 36″, with design taking precedence over storage and functionality, while a guest bath will typically offer a 36″ to 48″ vanity with adequate storage and counter space.

Neilson Howard adds that, in the master bath, dual vanities with a bridge or storage shelving between are becoming very popular, allowing for the enhanced storage space needed. In powder rooms, she says, smaller vanities with less storage space are quite common.

Draper, however, sees a move toward smaller vanities overall. “The vanity area is no longer wall-to-wall cabinets but now is just a single vanity, and takes up less space,” she says. “Designers are making a small area look larger with a simple and sleek design that adds a sense of serenity to the bath.” 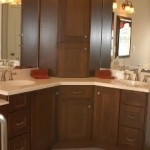 In a slow economy, consumers become more careful about choices and more aware of what they are purchasing. “The bath vanity market has been impacted by the economy,” Hergenrother says. “Consumers are much more price conscious than they have been in the past, sometimes sacrificing quality over price for the look they are trying to achieve.”

Some manufacturers are seeing a slow rebound in the economy, moving things in a positive direction for the industry. “As the economy is slowly improving and housing values are increasing, we are seeing a renewed emphasis on quality items that are built to last,” says Neilson Howard. “Durability, beauty and sustainability all become key criteria when choosing bath furniture, as people are more comfortable investing in their fixtures.”

Weinstein adds that, with the rebounding economy, there has been an uptick in overall sales in the furniture bathroom vanity business. The slower economy shrunk the market, compressing the luxury end and expanding the lower end of the business, he says, but that has begun to shift. “The lowest price point is giving way now to the mid-price point, and where the luxury had shrunk down into the high end, you’re starting to get a delineation now where people will reach out for the luxury goods,” he says.

Draper adds that bathroom remodels are a first step that people take when an economy is recovering. “It might just be the powder room, but it’s a start toward moving forward and seeing what the market does,” she says. 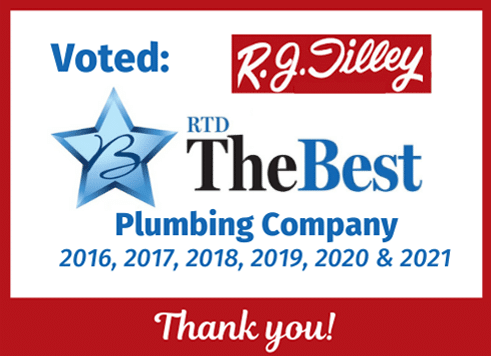